I spent the day watching monkeys and distant mountain ranges.

Today was another spectacular day, the beautiful morning had a wonderful expansive feel to it, I had started up the hill and through the valley and reached the various places of significance and the architectural marvels of the old. The charm is still there. I had been bracing myself well and am now able to ride on my bicycle.

It is a good day.

Leave a comment
just what we see, Life, long_running

It was a misty dawn when we woke up.

There are plenty of things to be satisfied with here, I had chanced an exploration into the little buses that shuttle the town this morning. It hurts my mind, at times, to sacrifice the best that a morning walk up the hill gives me to the ease of covering the terrain on a motor vehicle; machinery and all, the penetrating influence of the media they play has the potential to disrupt my meditation and distract me from receiving the as yet unknown mission objectives, that being among the trees inspires in us.  It was different to be with the noise as opposed to being noised.

The speed of travel gives one the safety of leaving behind the nefarious ones that one might have to encounter at times, who inflict even more lasting damage early in the morning when the mind is good and clear like the morning air, another reason to sleep well.

It was difficult me to walk today and I took the aid to reach the edge of the town.  I hiked up another hill and was fascinated with the way the dale had opened up in the early sunlight, it was a construction zone and there were amazing things to behold. The picturesque scenes were a happy composition, it was good.

Great machines were scraping off the soil and huge rocks had tumbled down in a heap and the tiny-looking vehicles were doing their best against the other metal-creatures in keeping up its proud showroom claims.     Thinking back, there was a Bob-the-Builder esque scene  being played out there.

The cultivated land were being harvested and another section down a dale was being worked up to reveal the good brown of the soil.   The distant mountains now being revealed was wonderful, this zone caught the light well this morning and revealed to me the many houses, quite a few, indeed, which I hadn’t realized in my earlier visits.

It was strange to come back to this zone and see how vulnerable everybody is in this expanse, quite a few dangerous characters roam the earth in search of their fun…. many people have become very bad in recent years, not all…

A refreshing rain this evening, it was good.  Went to town to search for some cats, a couple of them had been running their separate ways as I started, moving west.

The usual places are being populated by the tourists and their usual stories, one sees the stark contrast in the life they live and the lives of the local population; vastly different and one can still look back to the past with the relics of our transportation, quite nostalgic.

One has to be a fan of the rustic to appreciate one’s lives in the buses of the states. The odd bits of beedis and the fascinating general debris over the wooden floorboards, the peculiar dust which gathers there and the general feeling of being in various states of  desperation that we have to contemplate life within the realm of the bogey.

The skeletal interior gives one the feeling of it having gotten made by working hands and the early commuters all have a migrant feel to them,  a strange assortment of folk who have just been coming from afar, many a mad folk actually travel in them; come to think of it.

I have been in various public transport in various cities and one learns about the journey and the thoughts in our minds evolving in line with the state of the flight. I have seen many mountains and bridges and elephants in the rain and have survived a great deal of raindrops and thought freezing cold by getting my invisibility cloak on.  Playing first class?

Nothing much can compare to the very early morning flying in BMTC through the empty cityscape when the lady exhorts us to Monday Buns.  One feels grateful to see our buck take us far, a comparison reveals magnanimity, for we cycle. I think, I may have have injured the medius of my G from those days of travel.

For a moment there I had almost gotten there, setting aside the differences in language and things of much greater gravity with people perpetuate for whatever reasons…. along comes a sudden cat and it works out…

I had interrogated the few bits and pieces about the machine and the serenity and the peace of mind required for it to be, within and without and the exploration of the space and the wind from the high places from my reading of the ZAOMM.

The ghosts in there are our friends and we have seen them in their flight through the scientific world with the discoveries that was breaking new ground and laying new paths to make the world unflatter and more rounder and true be it that the dimensional travel is such a wonderful thing to behold and the magic of it all, being flanked the dark robes of the skeletal featureless and yet a charming smile that knows of the world and that which unexists too.

One of the hill

The beats of this rhythm takes us on a journey flying through the space and the places we have been to and have come from all reminds of the singular supposition of the instantaneous that which we still have to behold and work through to the core and see where it takes us in this realm, for  after this I still have the bits left from the case files of the Grindelwald to return to, the little cat like figure: probably a pirate was last seen lounging high atop the terrace of a medieval looking structure.

Picked up where I had left off, it is a strange thing when we have to confront greater things that are at stake here and our personal narrative are many and what forms that thread takes is entirely a result of actions not of our choosing and one might have to let it unfold and if experience and learning amounts to anything, we might discover the true nature of the things and in retrospect, to know if we had made the right choices. And does it matter in the realm of multiple dimensions as real as this one where all of that is still true and valid.

How is it shaped and sculpted?      Is is woven, blended, spun, written?

In the moment cat

Temple visit and the return journey

Following the previous blog post, I now write about this week’s story to the Sri Srinivasa Temple, this being an auspicious day, because, I saw the stars last night and saw that I was happy.

Following the routine, the little crowd there, I entered the temple and found that the serious bullying by the priest of the fellow devotees has dulled down a little from last week.

Today, it was the bullying of little kids and girls;    Reeling from the free exploration of the religious concepts and the many wonderful experiences in nature, sans the feeling of a greater degree of class(caste) differentiation and the tenderness of the priests from very many temples in other states, this form of enforced falling at the feet of the priest was something that was strangely unnatural at first sight, then as I explored the various paintings it became a bit clear that the falling at the feet was being demonstrated by the Hanu-Man himself.     It was like a historic reenactment with the various devotees having taken some quality of the avatars from the painting.

My next read is going to be, if Time permitting, the in-depth look at the The Laws of Manu, a book, which was quite fascinating at that time of my first look, the struggle of the various classes of people and their cohesiveness and the way all this played at the hands of the occupying forces in the historical context was something that has been in my mind for sometime.   The divide et impera well instituted.   This exploration might lead one to the thoughts that the various segments of the population can move through this hierarchy, as was written; as a view, in the book about Bharatiar; who had a recent devotion in the news too. 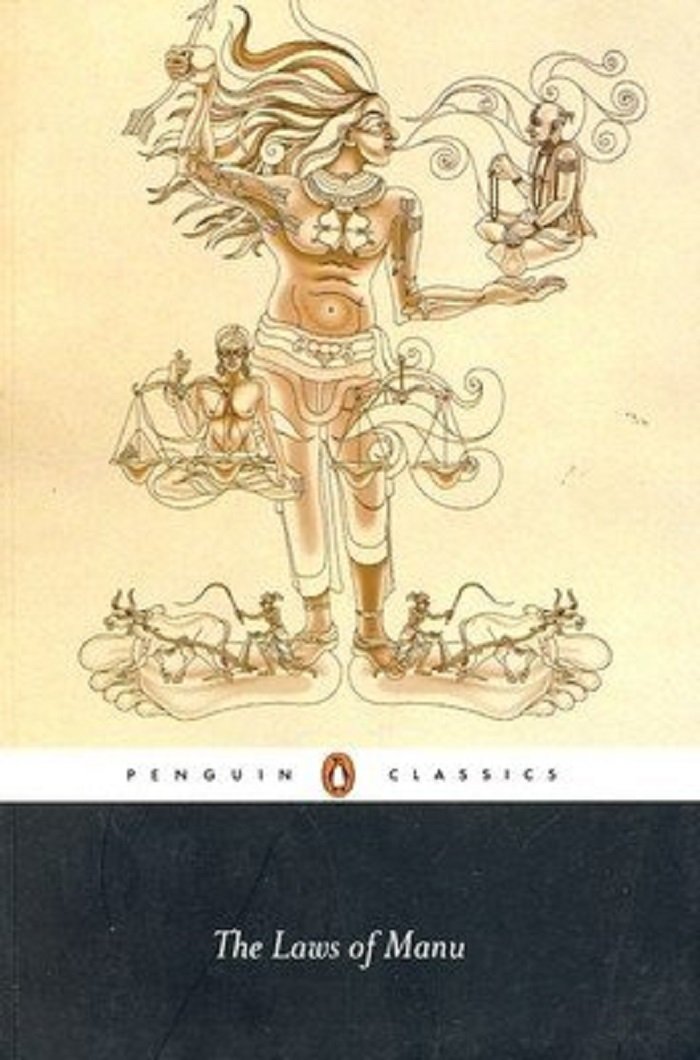 If that be the case, I wonder about the many things that are the status quo and the many variations of this theme that we have to be cognizant of and explore, in order to find avenues for the many possible scientific exploration of the sociological processes that might explain one’s conditions in life and the necessity conditions, for the lack of a better term: survival.

And yes, I did give the priest the exorbitant sum of Rs. 500, it was something to do with the ‘asking and receiving bit’ inside our memory bank that toggled, and I wonder what happens to the many who might not be able to afford?

Leave a comment
Books, just what we see, Life, long_running

Finished reading another book, took my time with it, there was some German and the story was rife with many characters, the lives of the people in history, the places, the emotions of being in a dangerous place and in a hostile zone, working to achieve peace.

The scenes unfolding in the grand places were well portrayed, the many narrations and the amount of research that has gone into the book was astounding.

Tracing back the various archive images and videos gave me a glimpse into the story; that was good, these were real people.

One could imagine and relate, from personal experience, the hightened emotions one is bound to feel by the spectacle of the grand places.

Ordinary folk in the midst of a decisive moment, who, along with the rest play their parts as much as they can reveal themselves to themselves.

Their lives are being shaped there, the places of the scene and the moment in history gives them a super natural quality of life that is reflected in this work.

Choosing the right image to place oneself in, to know what the characters were seeing, sets one on the path, to derive a great amount of unwritten information which made the reading experience extraordinary. 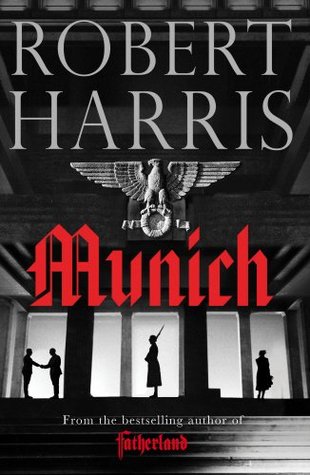